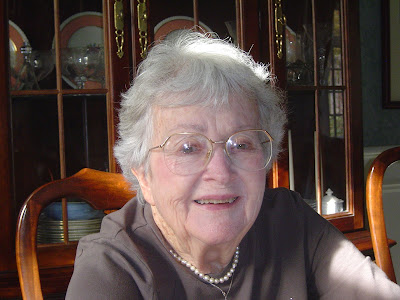 I went to a birthday party today.
It was at my cousin Annette's.
We had fun. Aunt Maydae was there.
She has a birthday this month. 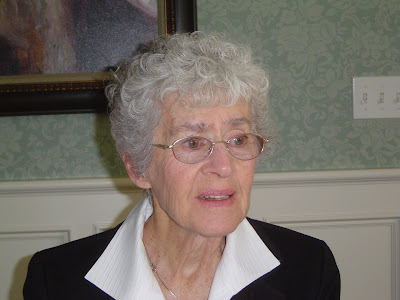 I got to see Aunt Janet again.
Sometimes we talked about serious things.
But mostly we laughed.
Six cousins, two aunts, 4 pairs of sisters.
Besides Janet and Maydae,
Carolyn & Annette, Georgia and Laurie
And Susan and Julie.
Ya, it was a fun bunch!
And Charlotte, who told us a great story
from her Boston days.
Her friend was pet sitting.
Unfortunately, the dog, a big one, died.
Her mother told her to take it to a vet's office.
The friend had no car,
so she put the dog in a big cargo bag with wheels.
She got on the bus.
A friendly man asked her if she was visiting Boston.
She thought, "Why not?" and said she was visiting her parents.
He asked if she was a student.
The friend thought, "Why not?" and told him she was.
He asked if her computer and books were in the bag.
The friend thought, "Why not?" and said as much.
At the next stop, the man grabbed her suitcase
and ran off the bus with it.
The friend stayed put, thinking, "Why not?"
at November 08, 2008