I decided Ben's office needed a fan.
I bought the fan,
but I hadn't actually thought about the entire process,
which included a 23 foot ceiling. 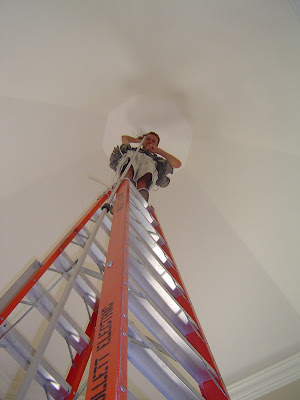 Ben hired an electrician, Trent,
who assured us he could hang the fan.
He had a sixteen foot ladder, and is six feet tall.
Even after standing on the top of the ladder,
he needed one more foot, so he squished the ladder sides together a little. 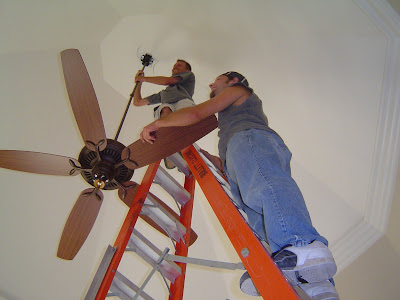 Trent and his associate Kendall
went up and down the ladder ten or twenty times, at least.
I stood at the bottom the entire time to hold the ladder steady.
Mostly that was for my peace of mind, not theirs. 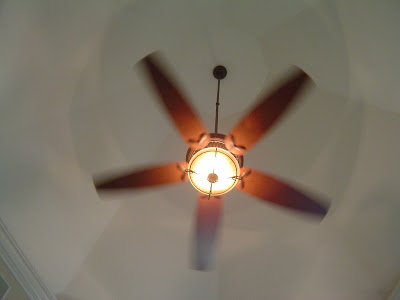 The good news is the fan works well,
and Trent and Kendall are still alive.