Ben and I biked into Provo Canyon this morning.
Yes, it was still very cold,
but we saw the work of some beavers
who are trying to build a dam across the Provo River.
I think they'll have trouble with the
paperwork from Utah County. 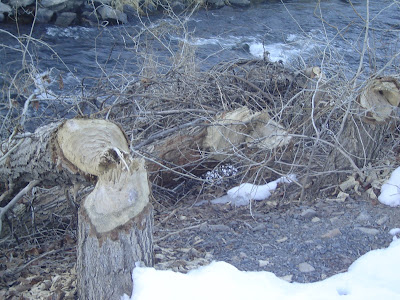 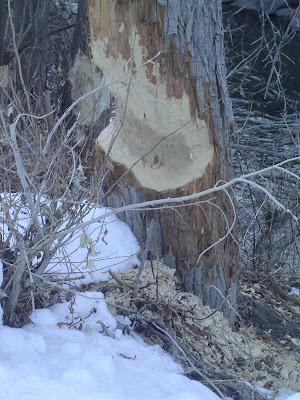 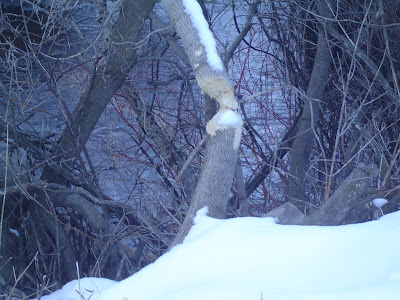 Some interesting tidbits have turned up lately in my genealogy research.
1) Two of Mom's ancestors marched with the Mormon Battalion,
a fact unknown to me until this month. So, I've been taking a
crash course on the Battalion. Jean Baptiste Charbonneau was one
of the scouts the army hired to lead the battalion to California.
He was Sacajawea's son, a baby at the time of the Lewis and Clark expedition.
2) Benjamin Freeman Bird, Mom's g-g-grandfather, was born
during the American Revolution. He joined the Church and brought most of his children west. His patriarchal blessing, received in Nauvoo from Hyrum Smith, declares his lineage to be of Aaron. (Benjamin was descended from Puritan immigrants who sailed to Massachusetts with Winthrop's fleet in the early 1600s.)
3) A man currently building two merry-go-rounds in the USA for Ben is the grandson of my Grandma Mary's cousin. Ben pays enough attention to my genealogy to have figured that one out on his own. I had mentioned to Ben that a man in the battalion shared his last name. When Ben asked him about it, he named a few of his lines that went back to Nauvoo. This man about fell over when, out of the blue, Ben suddenly named his grandmother, a 92 year old woman I spoke with last fall and who is the last living grandchild of Thomas Grover. (The other 231 grandchildren are deceased, as is most of the next generation.) Two points for Ben!
Thanks for letting me share. . .
at February 18, 2009 2 comments: