Blast from the Past, Ben's Childhood 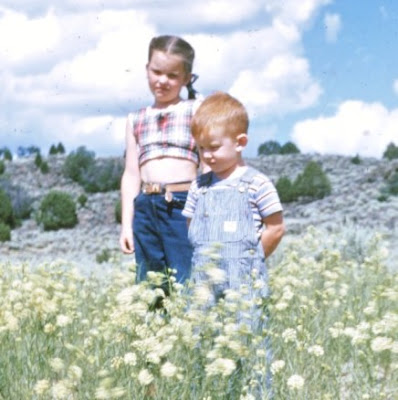 I like to scan in old slides during conference weekend.
Today I found a box of slides taken mostly by Ben's father.
He was a geologist and loved nature.
He died when Ben was 12.
I felt like I got to know him a little better by
seeing his pictures.
He often took his two children with him on his outings.
This photo was titled "Milkweed." 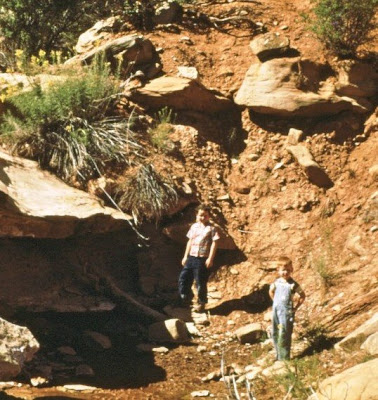 This slide was simply labeled, "Star Spring White Canyon."This slide was labeled "Crested Wheat."
Ben's father was a diabetic.
Ben has fond memories of carrying a candy bar for his father
In case he needed it.
He worked for the Bureau of Land Management,
and there are boxes of slides of plants, animals
and old Indian ruins in our basement. 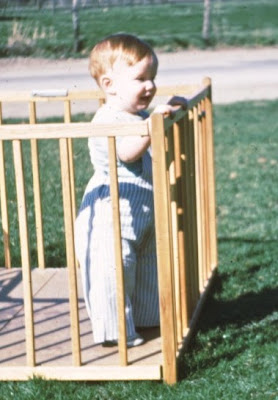 This is the earliest photo I scanned in this morning.
Imagine a crib made before plastic. 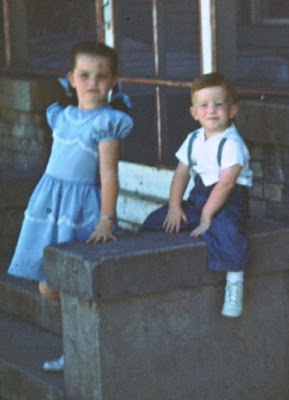 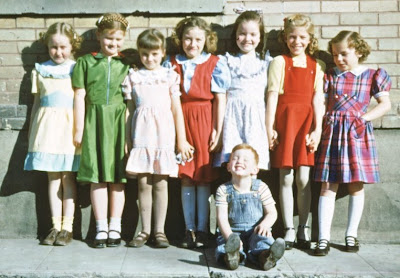 I love this photo!
It was Judith's 8th birthday party.
She is 3rd from the right.
What if they had decided to make this photo "perfect"
And only include the girls?
Can everyone see Kyle in Ben's smile?
He would have been about 4.
Probably all of these dresses were homemade. 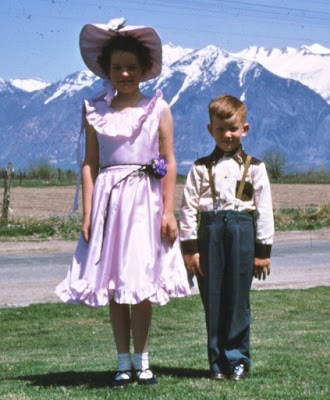 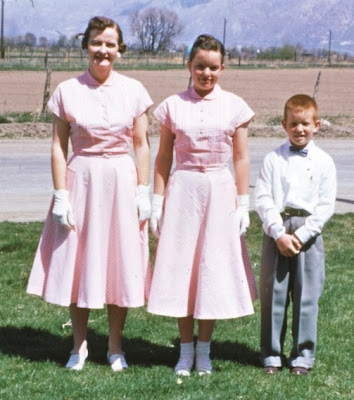 Here's another Easter photo, 1954.
Notice Ida Mar and Judith have on white gloves.
I suspect Ida Mar made both her dress and Judith's. 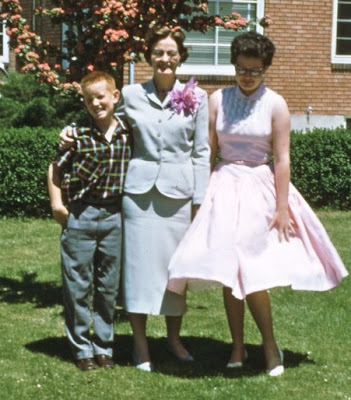 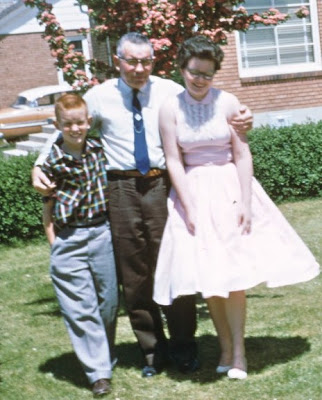 This was taken the same day.
There are not many slides of Ben's father.
He was usually behind the camera.
Most of the slides are neatly labeled with his handwriting. 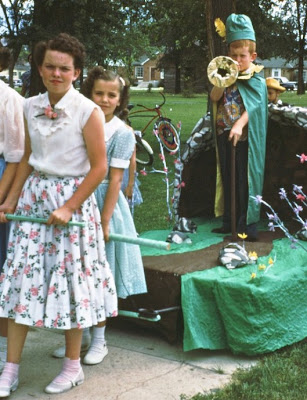 Ben was the Pied Piper in a 1953
4th of July Parade.
Judith is pulling the float. 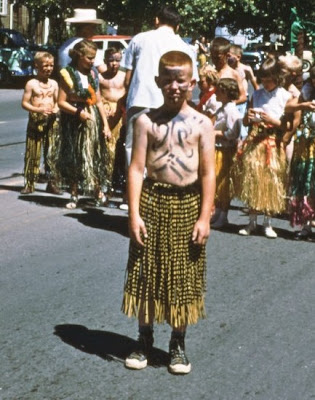 This is Ben in a 1955 4th of July Parade
He was a Maori, and a red-headed one at that!
Just so you know,
The marks on his face were paint,
But the tattoos on his chest are still there!
ha ha ha. 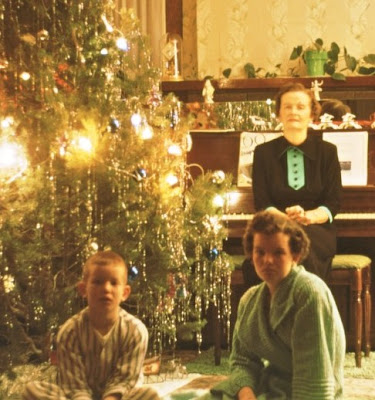 There were many photos taken each year at Christmas.
This one was taken in Leland in 1953.
Notice the metal tinsel on the tree. 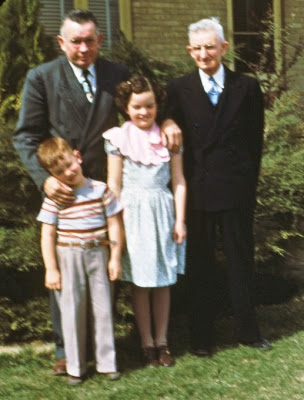 This photo, taken in 1951, is of Ben and his sister.
His father, also named Ben, is behind him.
Next to his dad is his grandfather, Stephen David.
Ben's name is Ben Stephen.
Stephen David was a bishop for 25 years.
This photo was taken in the fall of 1952.
The dog's name is "Boy." I knew that, but Ben's dad labeled it, too.
This photo was taken on the first day of school in 1953.
Ben was in 1st Grade, Judith in 5th.