Short History of My Family 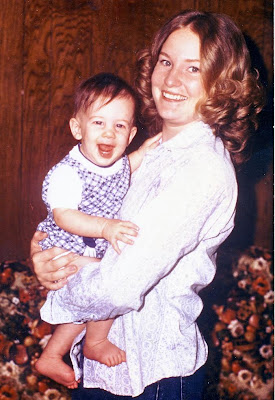 This afternoon the photos told a story.
In 1974 I had a darling baby in Baytown named Davy. 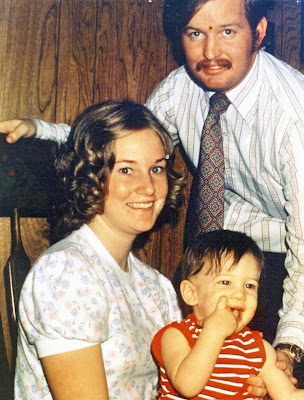 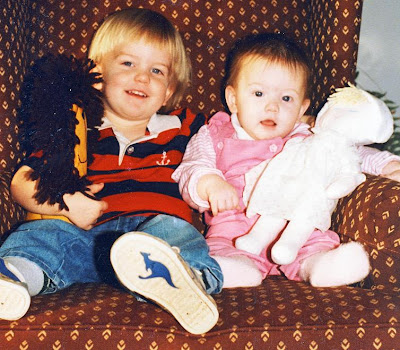 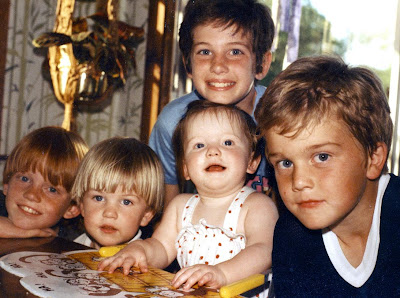 The next year we celebrated Cori's birthday. 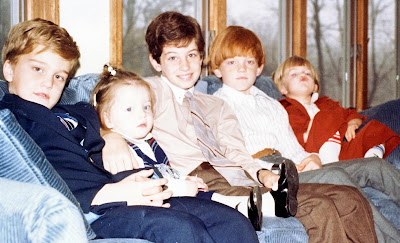 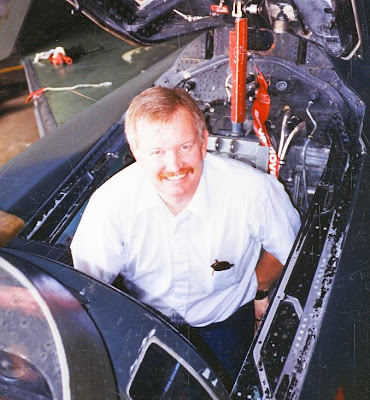 In 1985 we moved to Houston.
During our time there, Ben took several scout troops to Philmont.
They stopped at some Air Force base on the way each time. 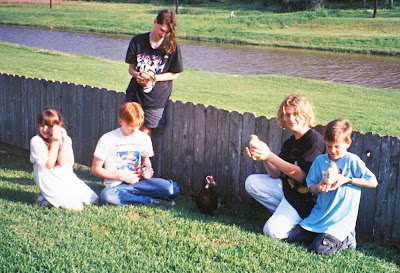 We dealt with a lot of critters when we lived in Clear Lake.
Ducks hatched in our yard all the time, and we learned
we could play with them and then send them off to their mommy. 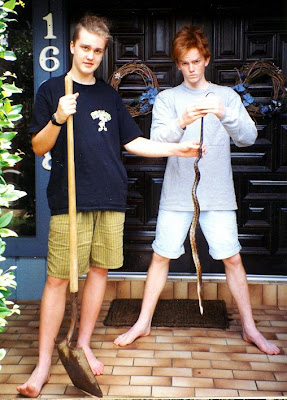 Unfortunately, the ducks attracted snakes.
The boys became adept at killing them. 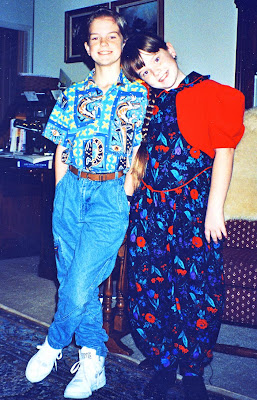 I sewed a lot in those days.
I made Tom's shirt and Cori's outfit.
Sewing was good therapy.
I guess that's an editorial comment. 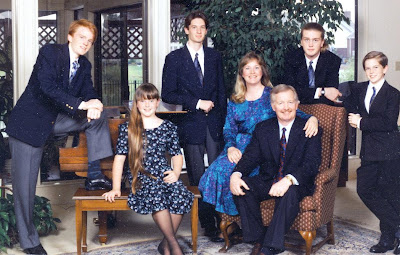 Just before Dave left on his mission and Sam left for college,
we had this photo taken.
Sam's wisdom teeth had been removed 2 days earlier. 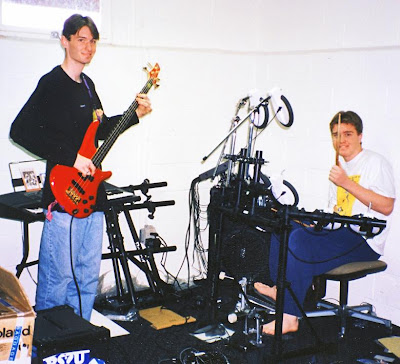 Dave returned from his mission after we moved back to NJ.
I will admit I about fell over in the airport when I saw how much weight he had lost. 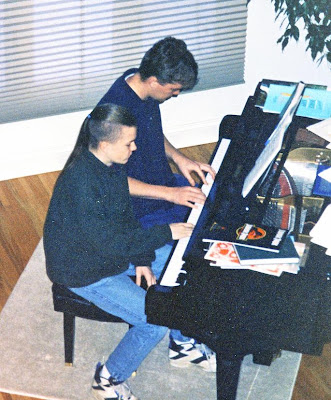 Jeff and Steve have always been close.
They spent a lot of time together before Jeff left on his mission. 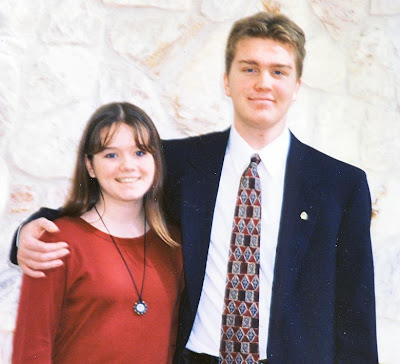 Jeff is hugging Corinne before he leaves for Germany.
Then Ben, Corinne and I moved to Tokyo.
This left these three guys at BYU.
Sam and Jeff were home from their missions and
16 year-old-Steve lived with them.
Dad sent me this photo after one of their visits to him. 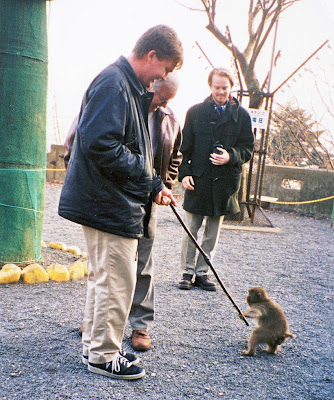 One of the happiest times in my life
was when Jeff, Sam and Steve visited us in Tokyo.
Here is Jeff on the losing end of a stick. 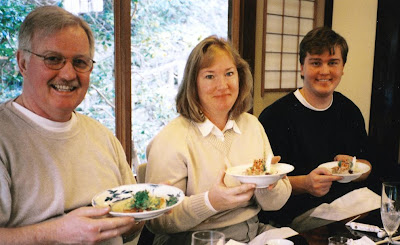 Ben took us to a fancy dinner up in the mountains.
I can still remember how happy I was that day.
During their visit, we bought our first digital camera,
so I won't scan much for the last decade.
at April 04, 2010