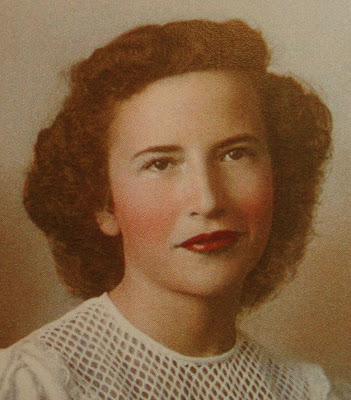 My mother's sister Marilyn died last week.
We all loved Aunt Marilyn.
She sang in the Tabernacle Choir for 21 years.
I have clear memories of watching the broadcast as a child
with my Grandma Mary.
We never heard the singing because Grandma was busy
pointing out Marilyn to us as the camera panned.
"There she is!" "There she is!"
And then Grandma would later tell Marilyn,
"I could hear you singing above everyone else."
Marilyn always told her that was not a compliment.
Laurie shared a story about her mother when Laurie was going through a hard time.
Marilyn said she had a favorite scripture.
"And it came to pass..."
Laurie said, "And?"
And Marilyn said, "That's all. It came to pass. It didn't come to stay." 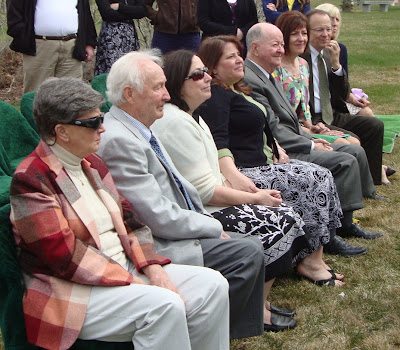 It was wonderful to see family members at the funeral.
Joan & Reid, Sandy, Laurie, Bill, Nancy, Tom and his wife Annie.
Everyone recognized me, and since it's been a long time
since I have seen some of them, that was nice.
Independently, they all said I have my mother's eyes.
A second cousin who did not know my mother well said,
"Did you know you look very much like your grandmother Mary?"
There is no greater compliment. 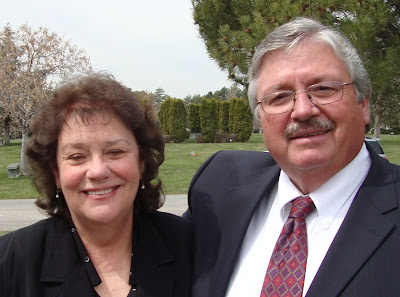 Cousin John was there, too, and his wife Deanne.
Btw, I'm not the only one who looks like a parent...
We had so much fun that we are having lunch together tomorrow.
And guess who else was there?
Fifty years ago, Elder Ballard was Marilyn and Bill's bishop.
Elder Ballard made a point to come to Marilyn's funeral and speak.
It was awesome.
at April 11, 2010 2 comments: