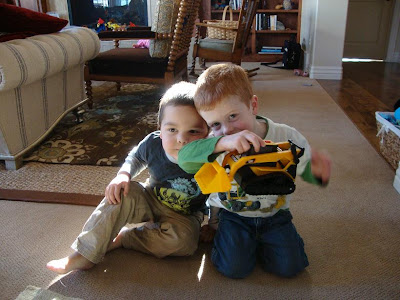 We had a fun day on Friday,
which was our Thanksgiving. 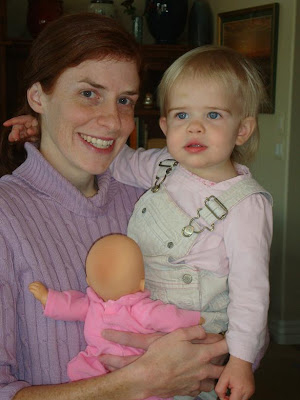 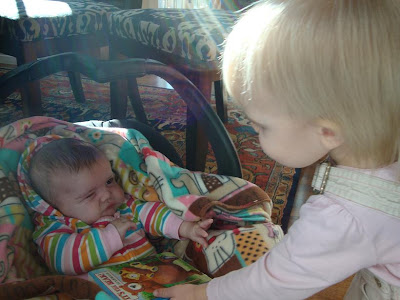 Sometimes the cousins tended each other. 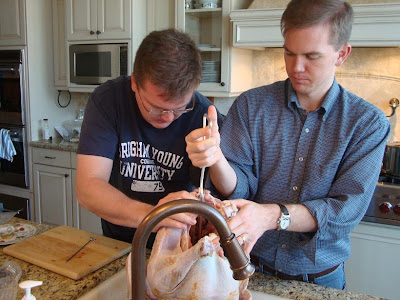 Jeff and Steve doctored the turkey with
a delicious mesquite sauce. 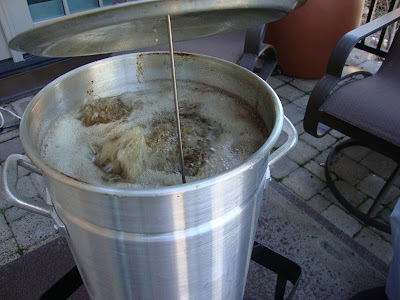 Then Ben dropped it in a vat of boiling oil. 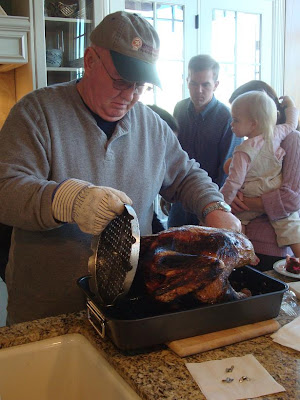 We have to sacrifice gravy
in exchange for the best meat ever. 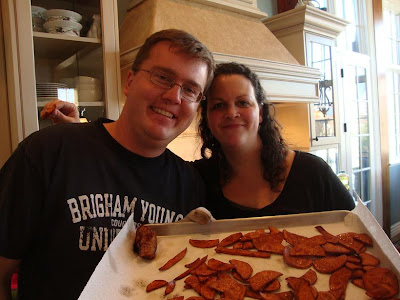 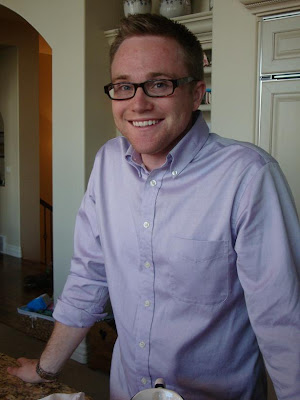 Chris joined us. He brought PIE. 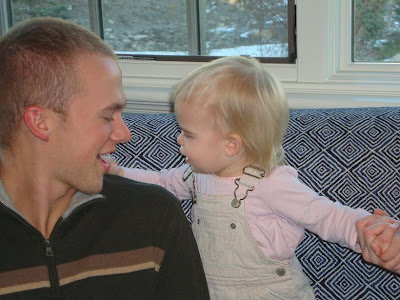 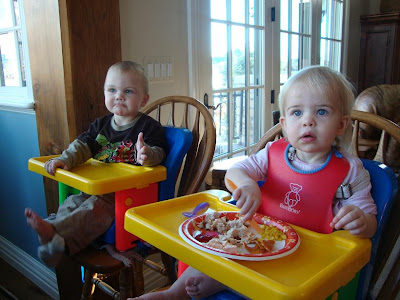 Two little ones had the first bites. 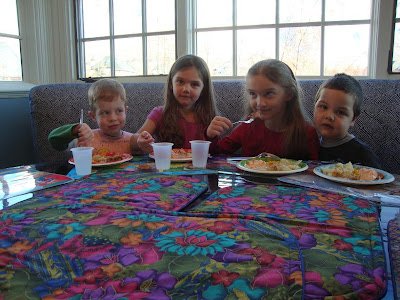 Then the bigger cousins feasted. 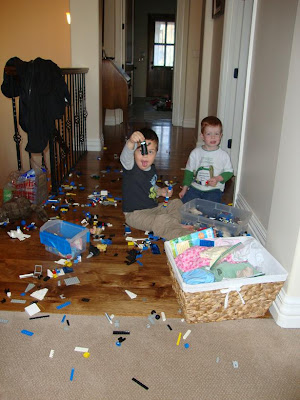 The kids played while the adults ate. 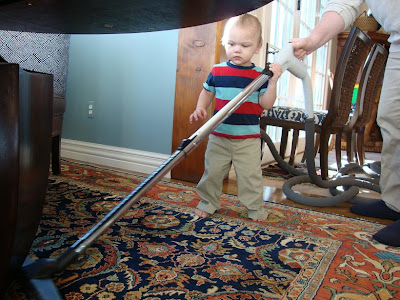 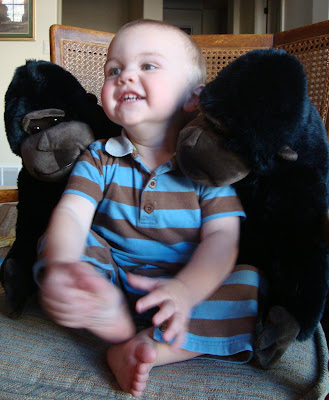 I'm tending for a little while. 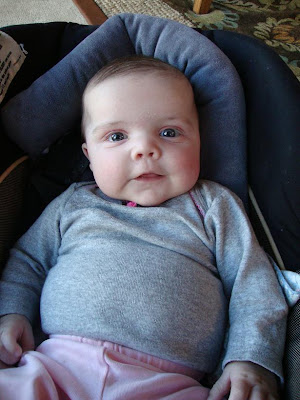