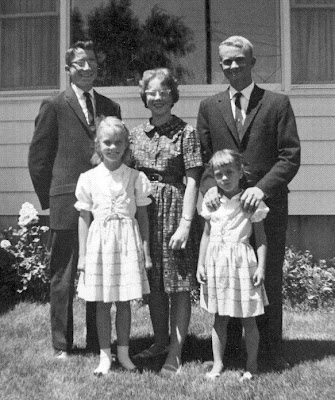 During conference today I scanned in photos
from boxes Maydae's family gave me.
This is my family in 1961.
I'm 8, on the left.
I have never seen this picture before.
Mary and I are in matching dresses. 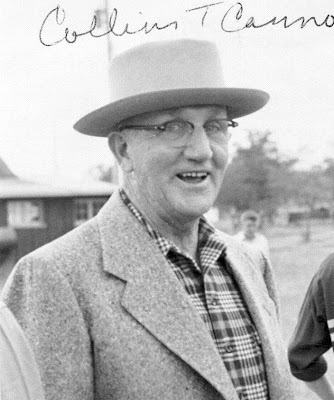 My Grandfather Cannon was the manager of
a sugar factory in Belle Fourche, South Dakota in the 1940s.
Isn't this a nice photo of him? 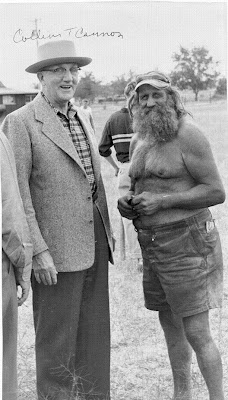 Here's the entire photo. I have no explanation.
A South Dakotan native, I guess. 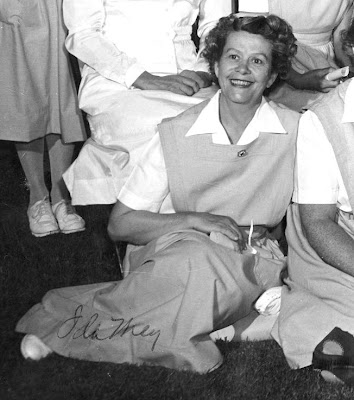 My Grandmother Cannon was a pink lady
at LDS Hospital for many years. 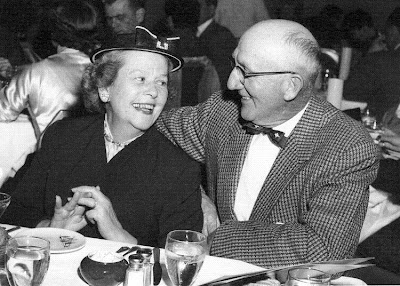 It appears that about 1940 my grandparents went to
The Flamingo casino in Las Vegas.
Maybe they went to see Rachel,
but got to town a little early... 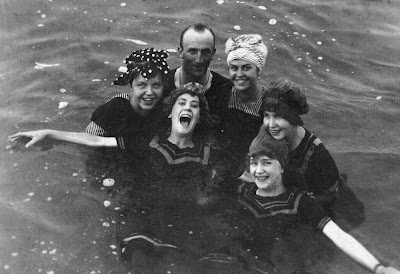 Here's a younger version of my grandparents.
This was taken in 1914 at Saltair.
Daddy Cannon is in the center, Nana on the right,
but this was before they were married.
Hester, Grandfather's sister, is to the left.
Grandmother Cannon's sister Vilate is laughing.
I don't know who the other two people are. 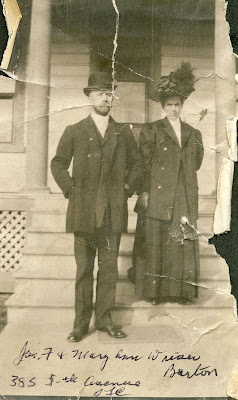 These charming people are Joseph Fielding Burton
and his wife, Mary Ann Elizabeth Driver.
They are Grandmother Cannon's parents.
I will guess that this picture was taken in 1910 or so.
Joseph, known as Jody, was one of 30 children. 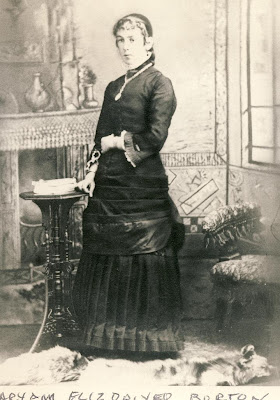 This is a younger Mary Ann.
Her dress is fabulous, but I wonder if the backdrop is real.
The bear skin she's standing on probably is. 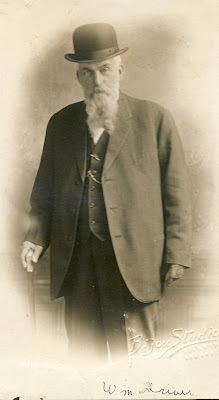 This is William Driver. He was Mary Ann's father.
He and his wife Charlotte had 17 children.
He died in 1921, and I suspect this photo might have been taken in 1920.
I have spent the last 12 months writing a biography of him.
I'm almost finished! 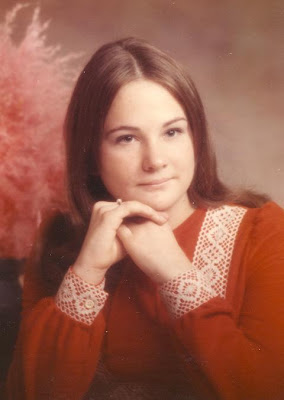 This lovely picture of Mary was in the box of
photos from Aunt Maydae.
Maydae always called Mary, "Mary Elizabeth."
Great name -- and Mary is now embracing that. 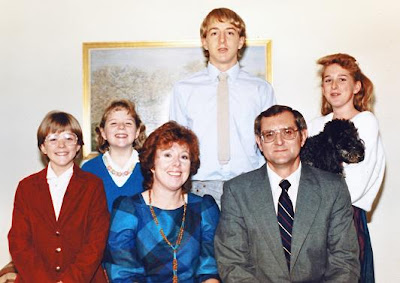 Susan sent Maydae this photo -- perhaps in a 1988 Christmas card.
We all miss Virgil. He was a good dog. 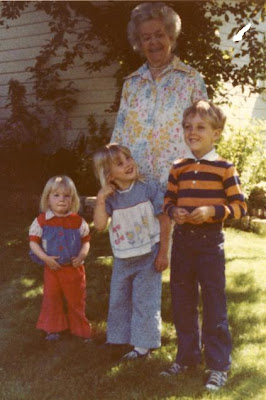 This is Susan's family in 1979 visiting Nana. 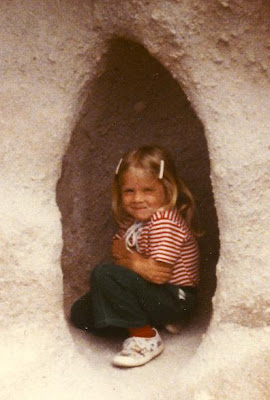 Maydae had this totally adorable photo of Jill. 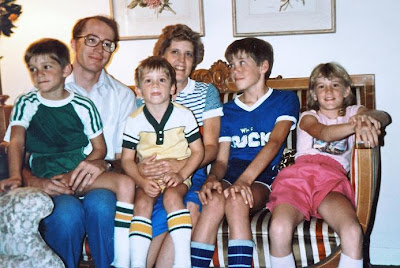 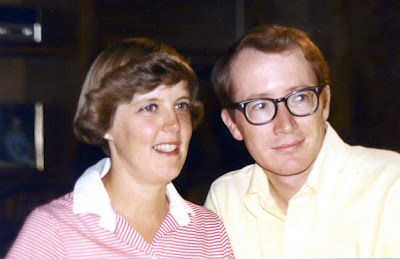 There were a lot of pictures of Mike and Joani--
This is another photo I have never seen before. 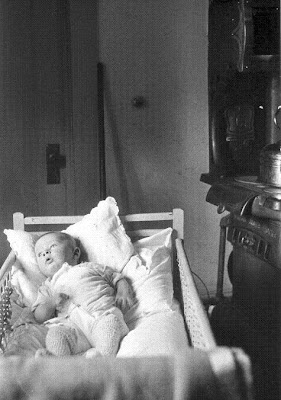 There is a lot of detail in this picture.
I believe it's Aunt Janet, so this was taken about 1924.
She is being kept warm by the stove.
Notice the safety pin on her diaper.
at April 02, 2011 8 comments: