Track Hoe in the River 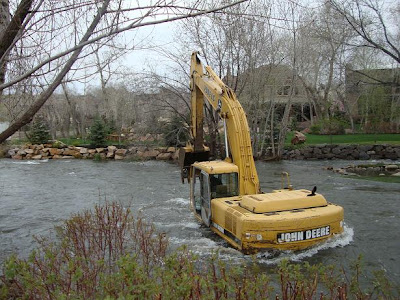 This morning I saw a track hoe driving down the Provo River. 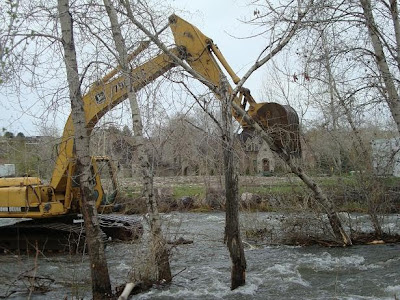 Provo City received emergency approval to
clean up part of the river near our neighborhood.
This track hoe operator was like a ballerina--
dancing all over the river. 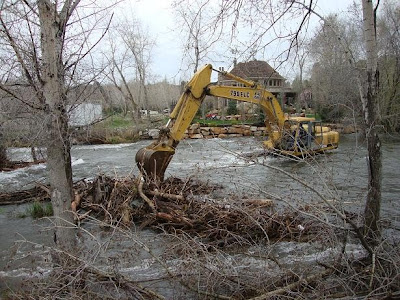 There's a record snow pack in the mountains,
and I have never seen the river flow higher.
But log jams were making a mess.
Last night the men at the dam cut the flow
by 2 feet so the track hoe, which weighs 70,000 pounds,
could work safely. 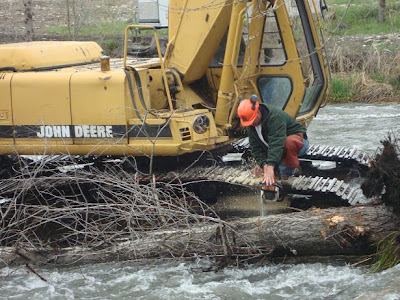 How many Provo City employees does it take
to cut down a tree? 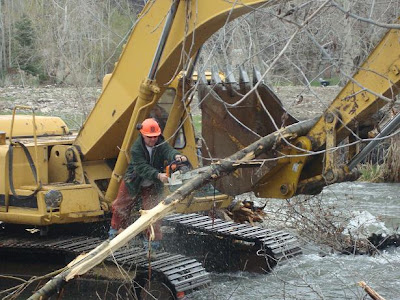 It just takes one, but the track hoe had to get him there. 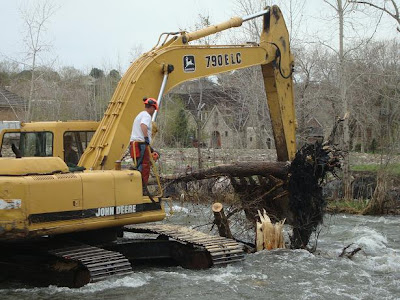 Sometimes they pulled the trees to the side
and a crew cut them up. 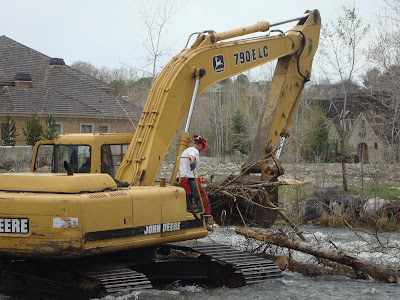 But most of the time they cut the trees in half so
they wouldn't get hung up downstream. 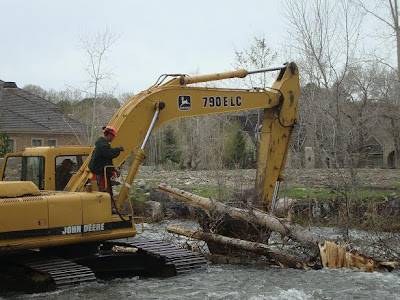 I was extremely impressed with their skill and bravery. 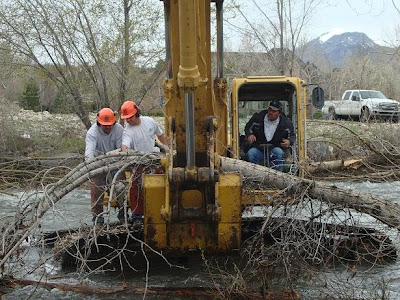 For awhile two men both used their chain saws.
Let's hope all their efforts keep the water in the river,
and not in the streets,
or heaven forbid -- in my house!
at April 21, 2011 7 comments: